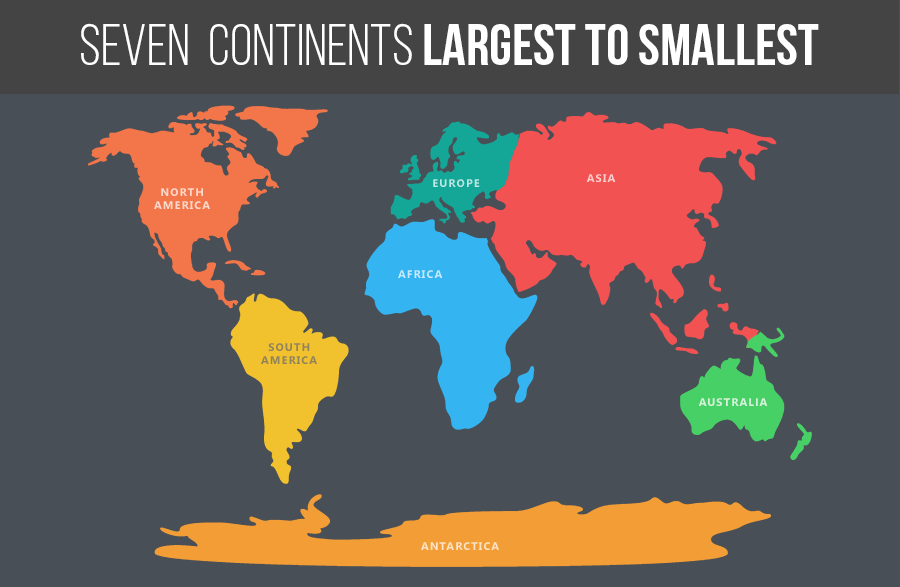 A continent is defined by being a large continuous area of land that is generally separated by a body of water. Continents are made up of many countries and have millions and in some cases billions of people that call it home. There are 7 continents on planet Earth: Africa, Antarctica, Asia, Australia, Europe, North America, and South America. Some combine the continent of Europe with the continent of Asia and refer to it as Eurasia. Others combine North America and South America and refer to it as the Americas or American continent. So which is the biggest, smallest, largest, tiniest, etc?

What is the Largest Continent?

What is the Smallest Continent?

If you want to see full countdown lists from largest to smallest continents by both land area and population read on below to find infographics, table lists, and more! 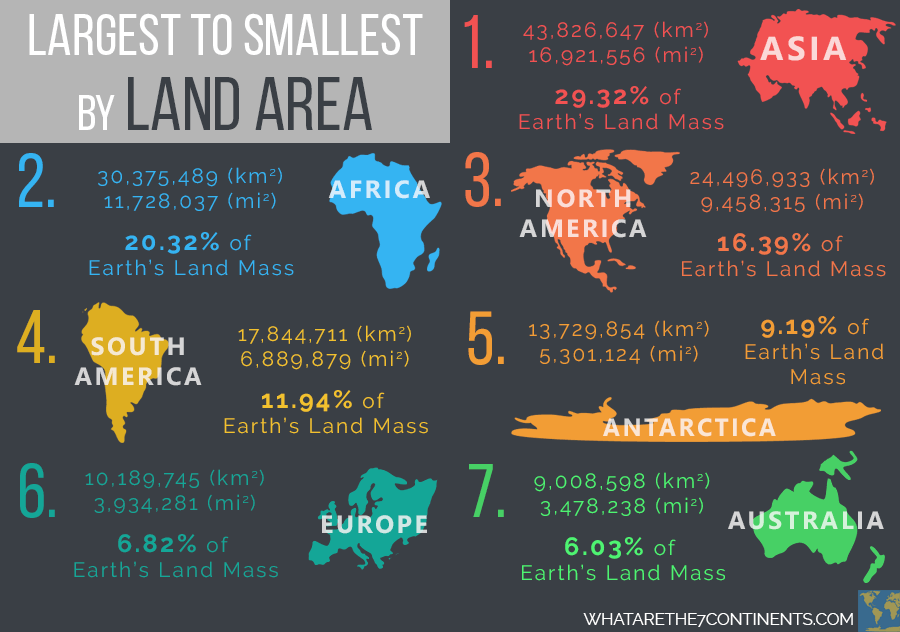 This infographic above counts down from the biggest continent to the smallest showing the outline of each continent along with the land area in square kilometers and square miles. It also includes a calculation of what portion of the world’s land area each continent represents. A chart below offers the data used for the infographic. Select the name of the continent to learn more about it. 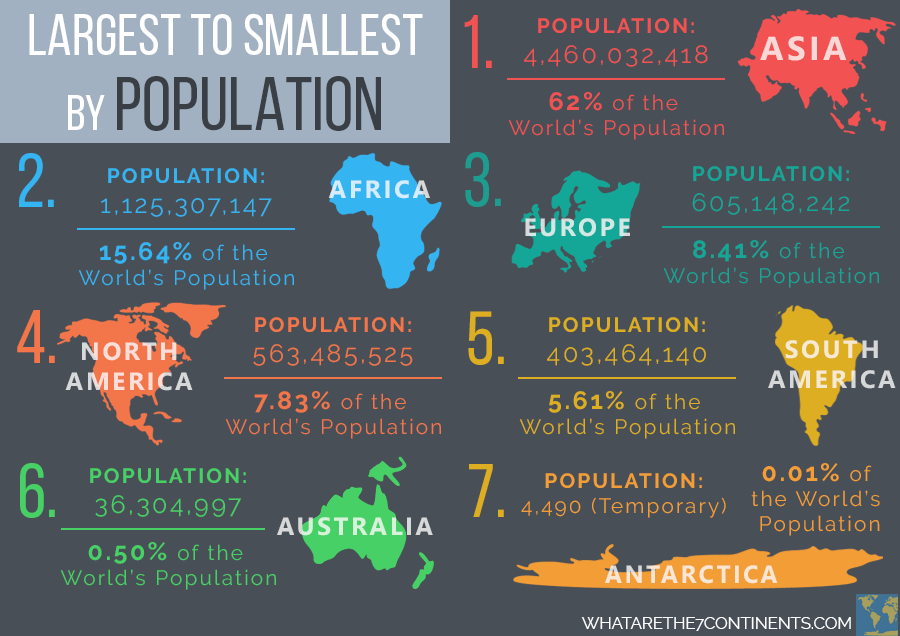 The smallest continent by population is Antarctica. Due to the harsh conditions, Antarctica does not have any permanent residents but at any given time there are a few thousand researchers, scientist, or tradesmen staying on the continent

The chart below lists the continents in order from largest to smallest along with each continent’s total population. Be sure to select the continent if you want to learn more about it. 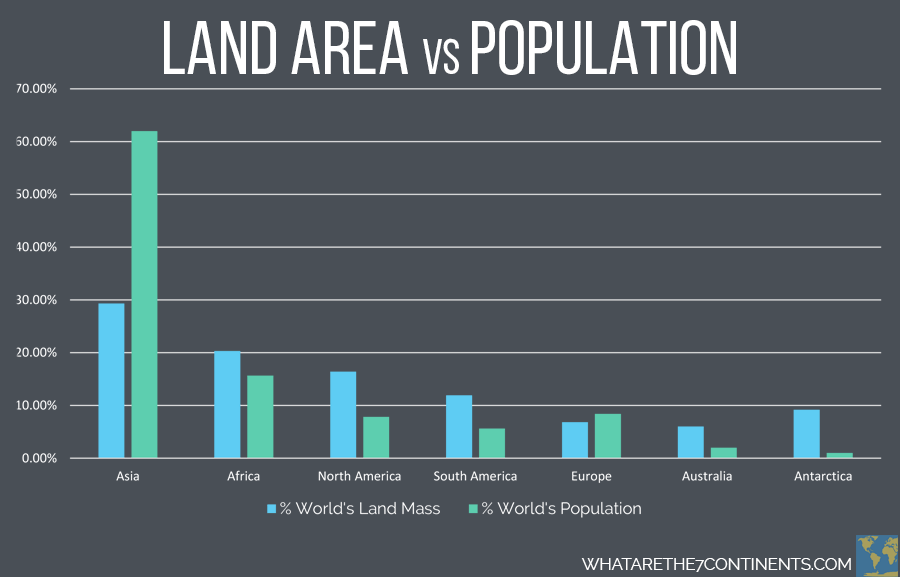 It is important to note that the continents are ever-changing and this list will change eventually. The largest continent today could break apart in the future and become one of the smallest. This is exactly what happened to the super continent of Pangea. At one point in Earth’s history there was a single continent and over 175 million years ago it began to break apart to give us the seven continents we know now. How many new continents might there be in another 175 million years?