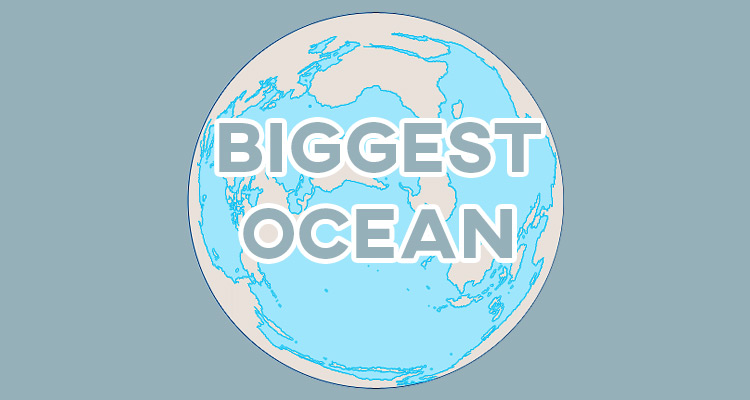 Of the world’s five oceans, the Pacific is the largest by far. As such, it is a place that is full of majesty, mystery, beauty, and wonders. The Pacific Ocean was discovered by Vasco de Balboa sometime in the 16th Century on one of his many voyages of discovery. Here are a few fascinating facts about the world’s biggest ocean that you may not already be aware of.

What’s in a Name?

The word ‘pacific’ comes from the Latin word ‘pace’ which means ‘speed’ or rhythm. In its English form, it means calm, or placid. It is likely that Vasco de Balboa sailed the Atlantic Ocean first, and was accustomed to its waters, which are quite choppy and cold. What this famous sailor didn’t know, most likely, is that the Pacific generates the largest swell waves and some of the most terrifying storms on the face of the Earth. In reality, the name is translated from the original Portuguese name, “Mar Pacifico.” But don’t worry, the etymology is the same because English and Spanish have a common ancestor in Latin.

A Sizable Piece of Real Estate!

The Pacific Ocean covers a territory greater than 165 million square kilometers. It includes the Bali, Coral, East China, Okhotsk, South China Tasman seas as well as the Gulf of Tonkin, and the Gulf of Japan and is larger than all the other bodies of water on Earth combined. It covers almost half of the entire surface of the planet, just over 46%– and it borders four continents; Asia, North America, South America, and Australia.

It Contains the Earth’s Deepest Depth

located in the North Pacific, the Mariana Trench reaches a depth of nearly 11,000 meters below sea level. That is as close as you can get to the Earth’s core without digging! The average depth of the world’s biggest ocean is 4,280 meters. That’s more than enough to cover the tallest buildings.

The Pacific is home to more than 25,000 individual islands– more than all the islands contained by all the other oceans. Even in the age of GPS mapping, some experts still believe that we may not have found them all yet.

The Ring of Fire

The Pacific plays host to roughly 75% of all the volcanoes on Earth- many of which make up the infamous Ring of Fire. The Ring of Fire is a string of volcanoes, mostly on the ocean floor, which sprout from the break between two huge tectonic plates. There are many earthquakes in this region of the globe, and it the reason the so many tsunamis occur on coastlines around the Pacific.

The Pacific is Shrinking

Due to the sub-ducting plate on the floor of this massive ocean, the size of the Pacific actually is reduced by one inch every year. Even so, it has managed to remain the world’s largest ocean for as long as modern human beings have existed.

60% of the World’s Edible Fish Come from the Pacific

The Pacific is the king of oceans in many respects, and when it comes to the amount and diversity of the life that inhabits it, it doesn’t disappoint. Fish is an important source of omega fatty acid- a vital nutrient for humans, and most of the fish we eat come from the Pacific. So it would behoove us to take good care of it.

It’s so large that it could hardly help but to house a fair number of endangered animals. At present the following residents of the Pacific are on the endangered species list: