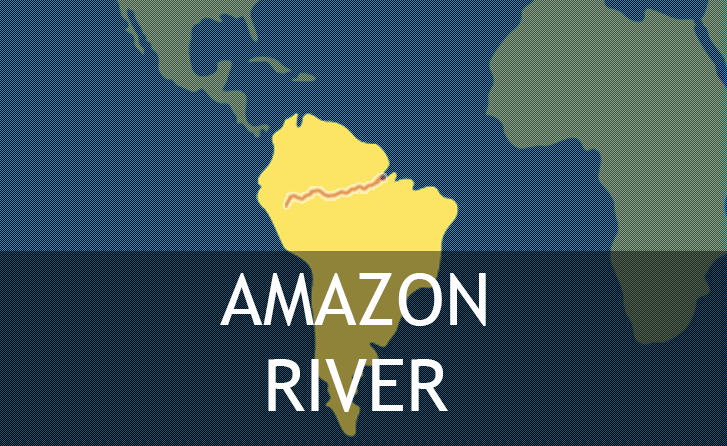 The longest river in South America is the interminable Amazon river. At just over 4049 miles long, it is second in length only to the Nile River in Egypt which stretches a world-beating 4,160 miles. But the Amazon is second to none when it comes to the expanses of rainforest and the enormous amount of wildlife that lives both in and around it. The Amazon River basin covers nearly the entirety of the continent of South America making it the biggest non-ocean water-based eco-system. Its shores are home to innumerable native tribes, and its waters conceal some of the deadliest and most fascinating aquatic creatures in the world. For the better part of the 20th century, people have argued over which is longer, the Nile or the Amazon- but satellite photography has settled the argument.

While the Amazon is far and away the longest river in South America, it isn’t alone on the continent. There are many wild and amazing rivers doing their best to give the Amazon a run for its money. The Parana is 3,032 miles in length and transects Brazil, Paraguay, and Argentina. Its name means ‘as big as the sea,’ and when you’re standing next to it- it certainly seems to be. The Orinoco river is a whopping 1,330 miles from end to end. It is used for transportation from Venezuela to Columbia and is home to the unique Orinoco crocodile. The Tocantins river is somewhere between 2,270 and 2,640 miles long. Geographers cannot agree on its length- making it one of the most mysterious rivers in the world. Out fifth largest river in South America is the magnificent Madeira River. This waterway is 2,019 miles long, and it the Amazon’s primary tributary. First discovered by the Spanish in 1747, it is a major waterway in Bolivia and Brazil.

The Animals of the Amazon

The Amazon lays claim to many world records with documented animals of tremendous size such as a catfish larger than a man. The surrounding rainforest is home to more than 2000 unique species of animal. There’s the Capybara, which is the world’s largest rodent. The giant anteater also inhabits the Amazon and is one of the few creatures that can help to keep the massive ant population in check. The giant Amazon iguana has a giant apatite for fruit and flowers to feed its ability to grow up to six feet in length. The magnificent Harpy Eagle is one of the most fearsome birds in the world, as it has to compete with some serious competition in the jungle. These predatory birds can weigh up to 20 pounds, which may not seem large until its bearing down on you. The Golden Lion Tamarin is a charming species of monkey with a stylish head of hair and a shimmering golden-orange coat. We should mention the Amazonian river dolphin. These gregarious creatures are probably the only animal you would be happy to encounter in the waters of the region. They are as friendly as their oceanic counterparts, but they come with a slightly different look. They are pink, or white-ish in color. They have a bulbous forehead and stumpy beaks. They are not quite as handsome as their gray cousins- and one gets the impression that they have been cast out of mainstream dolphin society for their less than perfect looks.

Much to be Discovered 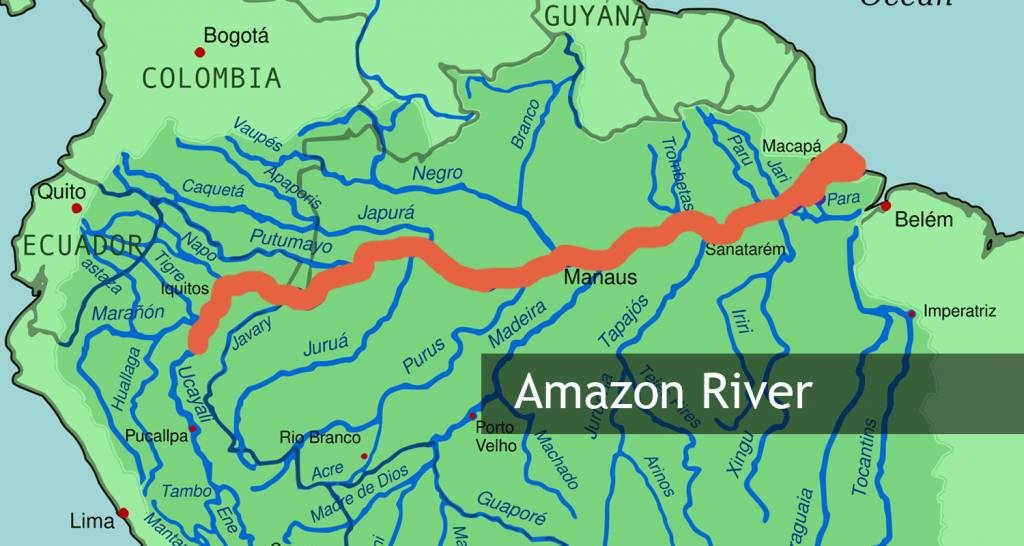 With over 4000 miles of jungle-shrouded river, it is believed that there should be enough room to support up to 500 to 1000 different undiscovered species living in and around the Amazon. This is an estimate, of course, and it might even be a low estimate. Considering the fact that a 600-mile long coral reef was discovered at the mouth of the river in 2016.

Coral reefs are well known as whole ecosystems all their own. They house whole communities of creatures and they serve the important function of filtering the waters that move through them. The reef system covers 3,600 square miles and stretches from French Guiana to Brazil. Ordinarily, river outlets disrupt reef development because of incompatible pH and low salinity. But the Amazon is different. It may be a river, but it seems to have the personality of an ocean.

In 2015, officials in Brazil and Peru had to start rethinking some of their no-contact policies when it comes to isolated local tribes living along the great river. Jose Carlos Meirelles, a long time tribe advocate, has said he expects the many hidden tribes to start emerging and begin to make contact. “I believe we’re going to see a succession of first contacts in the coming ten years,” he told National Geographic in 2015.

In July of that year, a team of surveyors set out to establish limited contact with tribes that had been gathering along rivers to capture goods and food products being transported on the river. Tourists have taken photos of the tribesmen interacting with them on boats and shores. The interactions have been friendly with the exception of a 22 years old man who was killed by an arrow to the heart for reasons that were never made clear.

What is clear is that the Amazon River is unlike any other river in the world. It is larger than most lake systems, has the spirit of an ocean, and is swollen with secrets waiting to be discovered