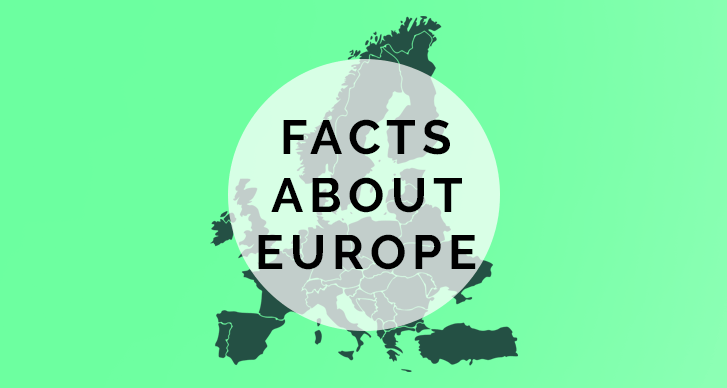 Europe is where some of the world’s greatest cultures and civilizations originated. It is a diverse and interesting place; with many of its mysteries still being discovered by modern day historians and archeologists. If you’re a Europhile who wants to know more about your favorite continent, then read the fun, yet interestingly amazing Europe facts below: