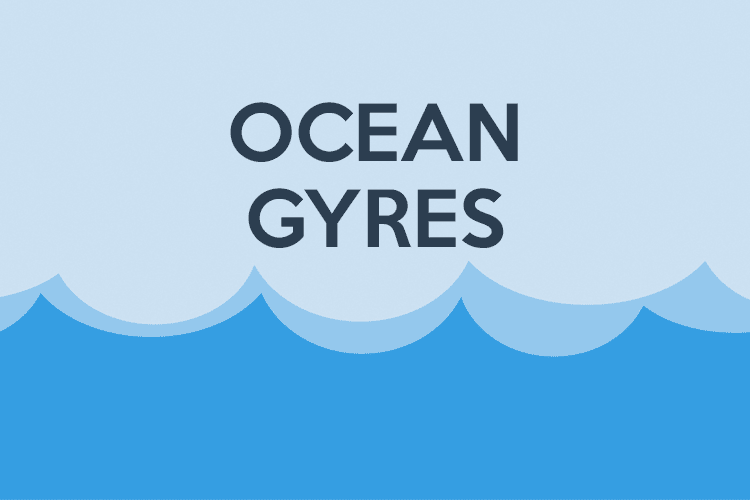 In five locations across the world’s oceans, there exists a phenomenon known as an ocean gyres. These massive currents of water are responsible for some interesting effects on our world, making them a curiosity of modern oceanography.

What are Ocean Gyres?

Ocean gyres are large, circular rotations of water that are caused by the Coriolis effect. While the term “gyre” is used to refer to any type of vortex, both on the land, sea, and air, ocean gyres specifically refer to the five large gyres that are located in the world’s oceans. These currents are massive, with some of them being as large as the North American continent.

How are Ocean Gyres Formed?

Though the wind and the Coriolis effect are responsible for the creation of ocean gyres, it is the presence of continents that define their size and shape. If you look the map of the earth’s gyres below, you will notice that each gyre stretches across the ocean, stopping when it gets close to the border of a continent.

There are five different major ocean gyres on the planet. The five are named based on their locations: 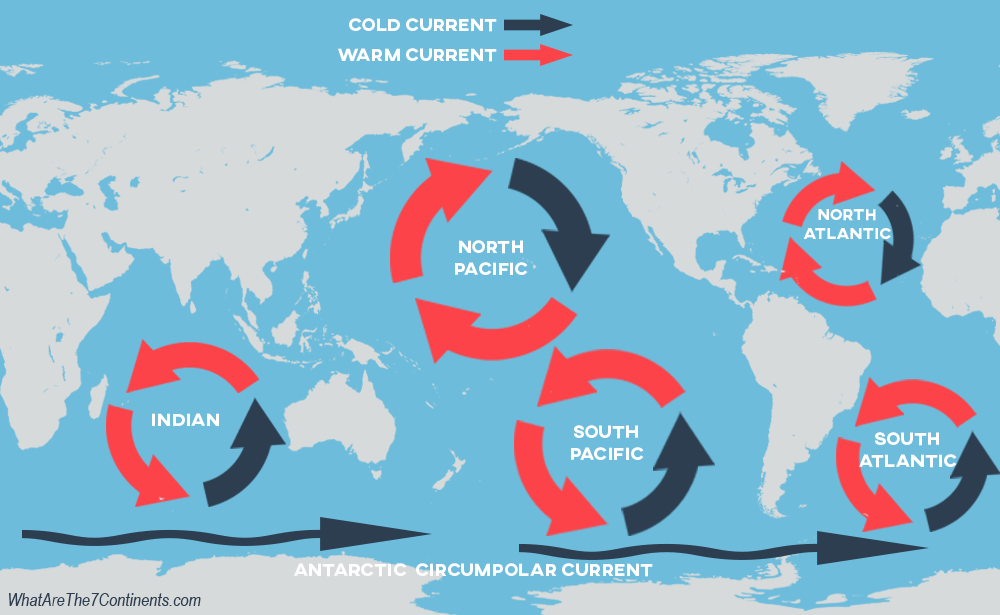 However, there are also a large number of smaller ocean gyres, including gyres in the Arctic Ocean.

There are three different types of classifications for gyres depending on their location.

As the name suggests, subpolar ocean gyres form near the planet’s poles. These gyres are smaller than the major ocean gyres and are found bounded by land masses such as Greenland, Iceland, the Aleutian Islands, and the northern tips of the North American, Asian, and European continents.

Lastly, subtropical gyres are the category of gyre that most all of the world’s major ocean gyres fall into (except for the Indian Gyre, which is actually two tropical gyres that come together to form a single rotation). Subtropical gyres form in the large areas of ocean between the poles and the equator and can often be thousands of miles in diameter.

Connection Between Gyres and Garbage

Though the ocean gyres themselves are constantly circulating, the area of water that they surround is actually calm and stationary. This creates a bit of a problem when it comes to environmental pollution. When garbage that has made its way into the ocean is carried into the center of an ocean gyre, there are no more outside forces acting on the garbage to move it any further. The result is that garbage will often collect at the center of ocean gyres and stay there for many years.

Nevertheless, scientists are quick to not downplay the problem that garbage patches in ocean gyres present. Little is yet known about the long-term effects of plastic particles in the water, and some scientists estimate that the size of the Great Pacific Garbage Patch could double in a decade.

Not a lot of life exists within the major ocean gyres. This, however, is not because of the garbage that gathers there but rather because the water itself is so calm. Without currents within the gyres to bring in fresh nutrients, the centers become oligotrophic, or nutrient poor. Without these key nutrients, plankton and algae are not able to thrive, and it is plankton and algae that serve as the base of the food chain for most all other ocean creatures.

Nevertheless, some life does exist within ocean gyres, and scientists have only recently begun to understand the extent of it. With that said, it has also been recently observed that the oligotrophic regions within the world’s major ocean gyres are growing larger. Scientists have contributed this fact to a warming of the ocean’s waters since warm water most usually carries far fewer nutrients than cold water.