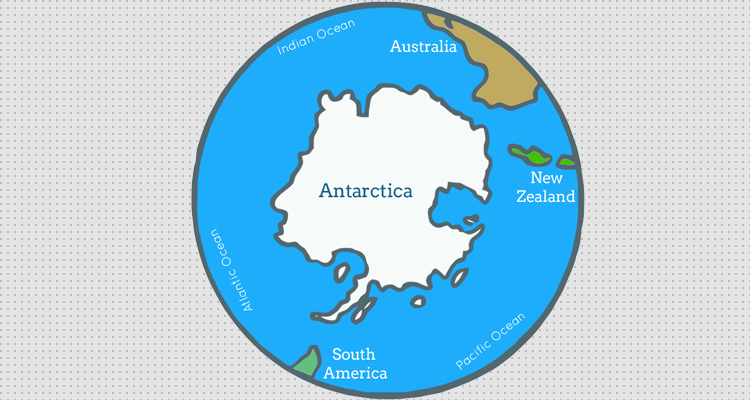 If you are seeking facts about Antarctica then you have come to the right place. This continent gets its name from the Greek word which means “opposite to the north,” which is very literal given its location directly across the globe from the North Pole (Arctic). The existence of Antarctica was only speculated by scientists and academics until 1820 when it was spotted during an exploration of the area. The infamous South Pole is found on the continent of Antarctica and was discovered in 1911.

Below you will find an expansive list of Antarctica facts that are organized into four different categories:

Each of these links will jump you to that specific section of facts. Enjoy exploring the continental facts of Antarctica!