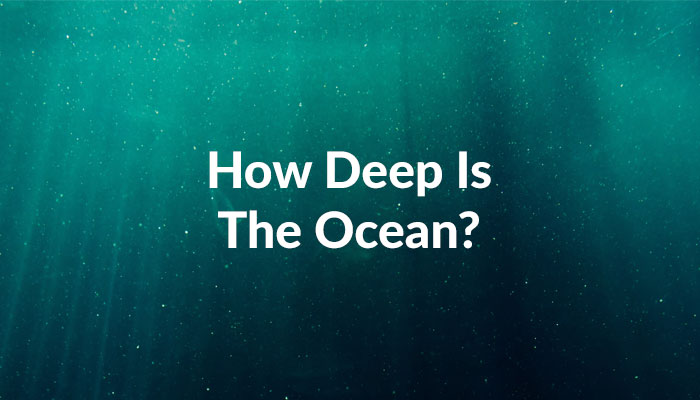 With depths of more than a mile, the Grand Canyon is pretty impressive. At its deepest, though, the ocean is around six times deeper. If you plunked Mount Everest into the ocean’s lowest depression and started swimming upward from the summit, you’d have to swim for more than a mile to reach the surface. That’s deep in more ways than one.

The deepest regions of the earth’s oceans are collectively called the hadal zone. It starts roughly 3.7 miles below the ocean’s surface and extends downward to the seabed. Exploring it is extremely difficult. Have you ever stacked 100 elephants on top of your head? That’s what underwater pressure feels like at 8 tons per square inch. Unmanned submersibles often vanish. Equipment implodes.

In 1948, a Swedish research vessel collected samples to confirm that the hadal zone is inhabited with creatures. If you’re fresh out of costume ideas for Halloween, consider dressing as an amphipod, a xenophyophore or an Alicella supergiant. These extremophiles don’t mind near-freezing temperatures and high water pressure. Oxygen is an afterthought.

So, How Deep Is the Ocean?

The deepest part of the ocean is known as Challenger Deep. It lies in the Mariana Trench of the western Pacific. In 2010, it was measured at 6.8 miles deep. That’s 10,943 meters or 10.9 kilometers.

There’s a lot going on at that depth.

Trenches form when older, heavier tectonic plates collide with newer, lighter ones. This is called subduction, and it raises new mountains beneath the sea. It results in earthquakes and volcanic activity both on the ocean floor and on land. The best example of subduction is the Ring of Fire in the Pacific Basin. Mariana is situated there.

The Ring of Fire’s 452 volcanoes account for more than 75 percent of all volcanoes, and the largest eruptions usually occur there. The region is also responsible for 90 percent of the world’s earthquakes.

That doesn’t stop some adventurers from exploring the area.

James Cameron is a Canadian filmmaker. When he’s not making blockbuster movies like “The Terminator,” “Titanic” and “Avatar,” he spends his time poking around at the bottom of the sea. In 2012, Cameron took a submersible that he codesigned to the Challenger Deep. Oceanographers Jacques Piccard and Don Walsh made the trip together in 1960, but Cameron was the first to go solo. His descent took two hours and 36 minutes.

Each Ocean and Its Deepest Point

Each ocean has unique features, depths, and curiousities! Take a look:

The Atlantic is situated between the Americas to the west and Europe and Africa to the east. It covers about 20 percent of the earth’s surface and is roughly six times larger than the U.S. The average depth is around 2.4 miles, 3,862 meters or 3.8 kilometers.

The deepest ocean water not located in the Pacific is in Milwaukee Deep.

This mighty ocean, the earth’s largest and deepest, is bounded by the Americas in the east and Asia and Australia in the west. It covers more area than all the land masses in the world combined. Fifty-five countries border on it.

The North Pole is close to dead center in the world’s smallest, shallowest ocean. The average depth is only 0.65 miles, 1,046 meters or roughly 1 kilometer.

It’s estimated that human habitation around the Arctic dates to between 17,000 and 50,000 years ago. Let’s hope those early arrivals remembered to pack their long johns.

The Southern Ocean encircles Antarctica and the South Pole. It is home to emperor penguins, blue whales and fur seals. It is thought to be around 2.8 miles, 4,506 meters or 4.5 kilometers deep on average.

Water temperatures range from 28 to 50 F, so this is not an ideal swimming hole.

This ocean is situated between Asia, Africa, Australia and the Southern Ocean. Eighty percent of the world’s seaborne oil trade is transported on its waters.

Finally, here are some fascinating facts to impress your friends:

• The method for measuring the depth of the ocean is called bomb sounding. Scientists throw the explosive TNT into the water and study the resulting echo to estimate depth.

• In 1956, oceanographer Jacques Cousteau captured the first images of the hadal zone in the Romanche Trough of the Atlantic.

• The resilient creatures in the hadal zone somehow thrive in their punishing environment. Researchers study them for a better understanding of how various life forms could exist in space.

• Powerful undersea earthquakes are largely responsible for tsunamis. They can even affect time. The 2004 quake in the Java Trench released enough energy to alter the earth’s rotation and shorten the day by several microseconds.

• Cans, plastic bags and lost fishing gear find their way into even the deepest waters.

• More people have visited the moon than have explored the hadal zone.